Friday, May 10, 1974, the Upper Perkiomen School District held its ground breaking ceremony for the new addition to Hereford Elementary. The new addition would hold almost 600 students. Two enclosed passageways would connect the addition to the existing "round" school. Between these enclosures, a Kindergarten play area would be established. Classrooms and hallways were to be carpeted and new lighting was installed throughout the school. Folding panel doors would be erected to pide the larger rooms when smaller areas were needed. Permanent lockers for third and fourth grade would be placed in the hallways. All desks, tables, and cabinets were to be portable. A multi-purpose room with electrically operated folding doors would house the cafeteria and gym. A pull-out stage on the gym side could be utilized for programs. 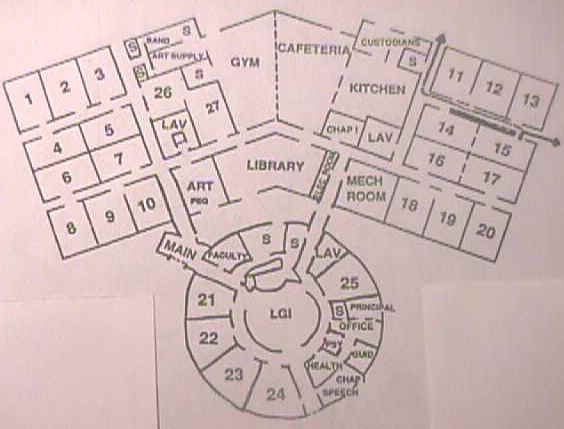 November 18, 1975, the dedication ceremony took place, showing off Hereford Elementary's new addition. Dr. Thomas E. Persing, Superintendent, along with Donald B. Moyer, principal at Hereford, invited the public to visit Hereford and see what research showed to be the best setting for learning. The building was the first in the district to utilize the open learning concept while still maintaining some self-contained classrooms. The new addition gave Hereford 25 teaching stations and various offices. Hereford Elementary School opened its doors with 576 students in grades K-4.