“I Love the 80s” is more than just a catchy slogan for Hereford FLITE instructor Mr. Tom Guellich...it’s something he feels deep in his heart.

So, when he was looking for a new breakout session to offer as a reward in the Bee Bucks program—part of the Schoolwide Positive Behavior Support System at Hereford—he decided to design an 80s themed escape room experience. 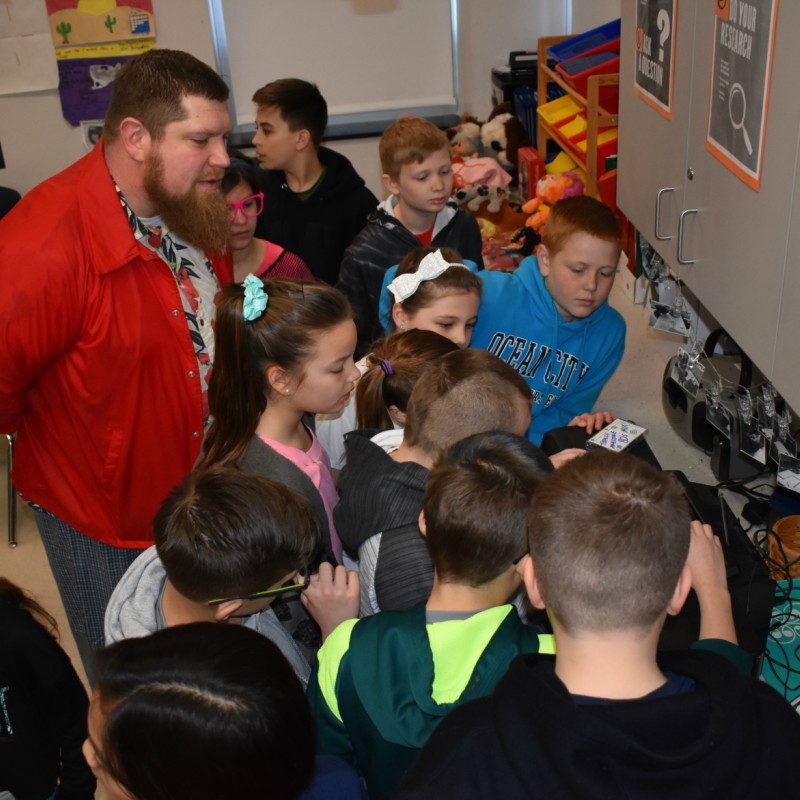 Through the Bee Bucks program, students can earn bucks for demonstrating safe, respectful, responsible and kind behavior. They can then trade their Bee Bucks in for prizes from the school’s Bee Bucks cart, or they can save them for larger experience-based rewards, such as lunch with a teacher, becoming principal for a day, flying a drone with Mr. Guellich (pictured, right, as students learn to work a cassette player) and more.

For those not familiar with escape rooms, they are timed challenges in a locked room or contained space in which participants solve a series of puzzles and riddles using clues, hints and strategy to complete the objectives at hand (often physically exiting the room or opening a locked object). The rooms and challenges usually center around a theme, such as a pirate adventure, prison break or spy story. 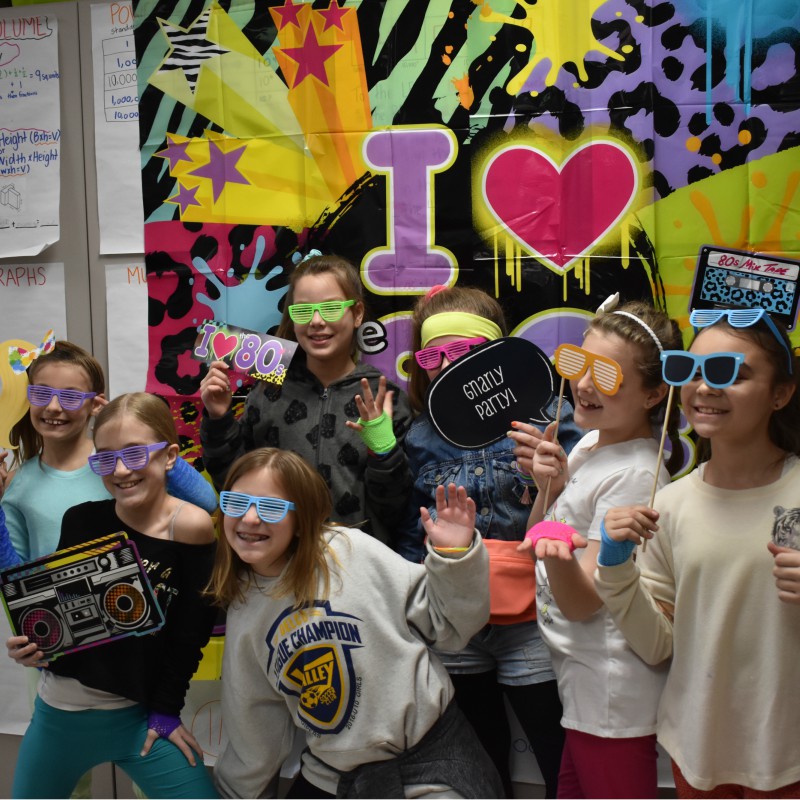 Mrs. Beth Bianco’s 5th graders were lucky enough to be the first group to experience Guellich’s 80s escape room after seven students (pictured, right) in her class pooled their Bee Bucks so that all of their classmates could experience the breakout session.

On Monday, March 26, Mrs. Bianco’s room was abuzz with excitement when Mr. Guellich entered. Students had already begun a cursory examination of the 80s artifacts that littered desks, walls and counters. Once the timed challenge began, the class splintered into sub-groups, and quickly began to solve riddles.

The students found clues hidden in the artifacts themselves, assembled puzzles, listened to hints on a mixed cassette tape, broke codes and more...all with the goal of opening a locked case of unknown goodies. As time ticked down, there were still two clues that remained unsolved, and two corresponding locks on the case.

With mere minutes remaining, through perseverance and teamwork, the class succeeded in opening the case (pictured, below). Inside was an array of 80s attire, including neon glasses and gloves. The class capped the experience by posing in front of an “I Love the 80s” backdrop with their new gear.

While the breakout session was a treat for good behavior, it also taught the students to utilize design thinking, a creative problem-solving process, and to work as a team. While many feared they’d be eternally stuck in the 80s, with teamwork and ingenuity, Mrs. Bianco’s class made it back to 2018 unscathed, and even better for the experience. 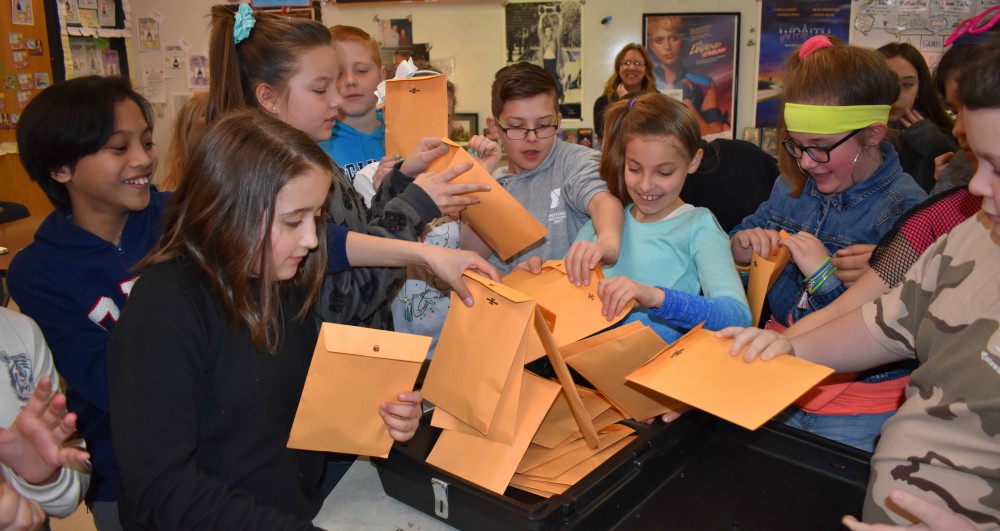